Day number eight. The body’s beginning to feel it.

We did a mix of a lot of stuff – punches, inside defenses, sliding defenses, stick attacks, shirt grabs and more gun and knife attacks. A real potpurri of techniques. It was fun and quick. And Jan and Marton noticed (as I was already aware of) that my wrists are not made for punching.

At least not punching correctly.

If I’m going to strike with the first two knuckles (the correct way), then my wrist will be crooked. And that’s not good. There’s supposed to be a straight line from the knuckles that you hit with, through the wrist and the forearm – aligning the two bones in the forearm so that they are ”behind” the strike, so to say. For me, it’s just not possible. I’m not aligned. I’m twisted.

Well, haha, yeah, we knew that already. Shut up Dima.

It’s a structural difference in the hands, wrists, bones, whatnot, between men and women. So I can’t do much about my twistedness. Other than work on getting more powerful wrists that will not break if I hit crookedly, or I’ll simply strike with open palm.

After the training we went to the supermarket, and for some reason (he’s Asian, so who knows what the guy’s thinking), Dima bought a Christmas cone for almost 2 euros. We found it among the fruit and he claimed we could eat it, but so far it’s just been sitting on his nightstand. Together with Stuart the Minion. 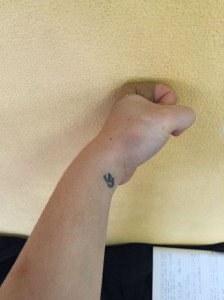 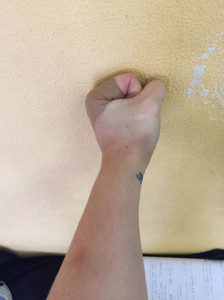 Straight wrist. Hitting with the fingers. NOT recommended – at all. 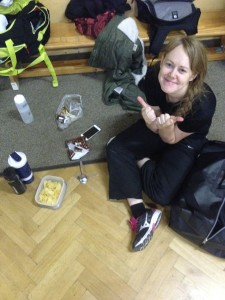 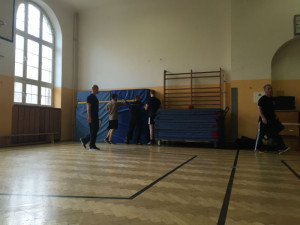 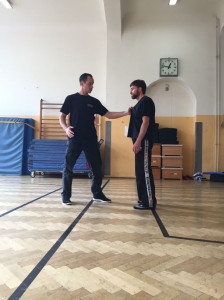 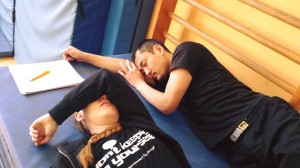 Who the F took this picture..? 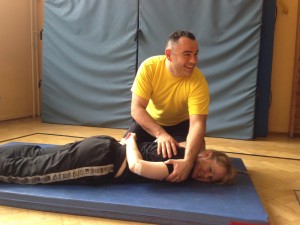 Bernis is sticking his thumb under my scapula. No, it’s nothing dirty.

Jan being fast as lightning. 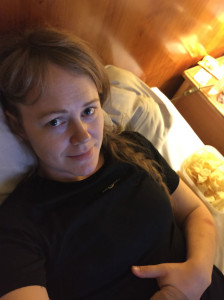 Relaxing at home – refilling the salt depots with chips.. 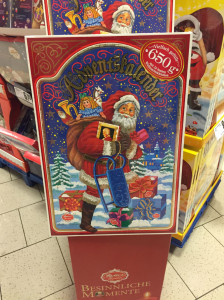 They’ve got an advents calendar (whatever it’s called in English) with 650 grammes of chocolate! Wowawewa! 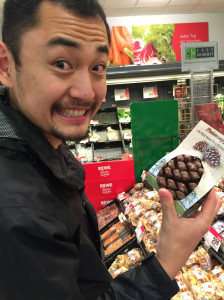 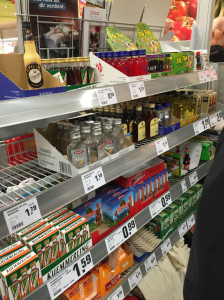 Thinking about getting wasted tonight. Or maybe not. 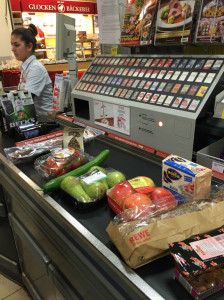 Shopping in Germany. Want any cigarettes? 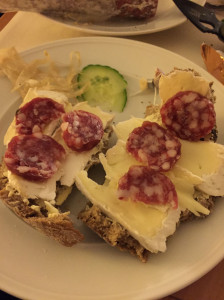 Our dinner makes me feel like I’m back in France again – brie and saucisson! 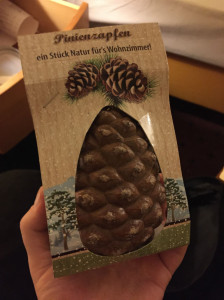