On the plane to Germany for the final part of the general instructor course. In less than a week I’ll either be an instructor or… No wait, there is no ”or”. I’m going in 100 % with my mind set on becoming an instructor and passing the course.

These last weeks between GIC2 and 3 I’ve trained as much as I could, though not nearly as much as I would have wanted. Remember how my shoulders kind of broke a bit right before GIC2? Well, it’s better, but they still ache – especially when I do pushups or other shoulder based activities. So I’ve tried to walk on a thin line here – train a lot, and at the same time rest a lot.

I went to Växjö and Vrigstad the weekend after I got back from Mainz, for a theme day ”Knife and Stick attacks” on Saturday, and on Sunday Fight Academy in Vrigstad with Daniel Gustafsson, Expert 2, held a ”Knife Survival Tactics Seminar”. Needless to say, my arms were a bit sore afterwards. We got to try an electric shock knife. That sure was interesting to say the least.

The weekend after that I went to Oslo for a one day P&G-camp, and trained on G1-techniques for six hours. My group had Natasha Naccarato, Expert 1, as our instructor. My oh my, she’s awesome! There was a lot of G1-material that I hadn’t done before, like sliding kicks, headbutts, releases from wrist grabs while on the ground and some other stuff – sliding kicks being by far the most difficult – so it was real nice to go through all of that.

The following day I met up with Nicklas from my club, KMG Krav Maga Academy Karlstad, to practise some more. The hand defenses against kicks are slowly (slooooooowly…) getting there.

We’ve been training as much as we could during the weekend, and among other things we noticed that my regular back kick is highly effective, as I managed to kick Dima in the groin behind the cup.

Nice to know it works, right?

And last night, after going to Gothenburg for work, I met up with Nima to hang out, which turned into almost four hours of even more training. Sweaty? Me?

Now we’ll see if all the hard work has payed off. Will the techniques abandon me on the day of the grading? Or have I mustered to ”get them into my spine”? Have I spent too much time on training for the grading and not enough time to prepare for the teaching test?

The next couple of days will tell… 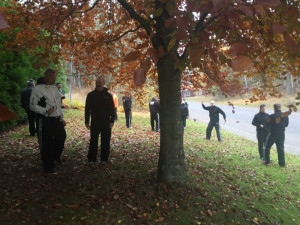 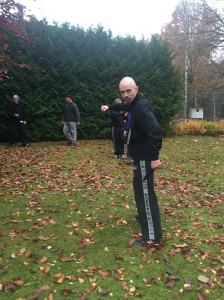 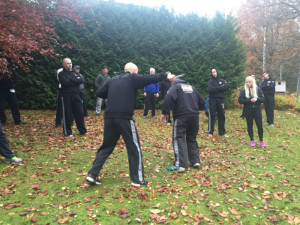 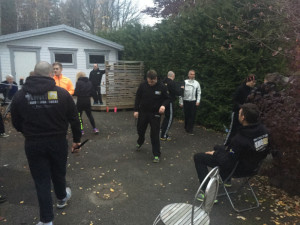 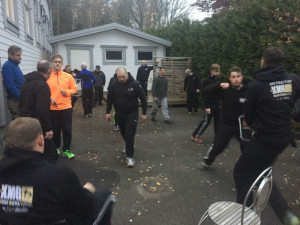 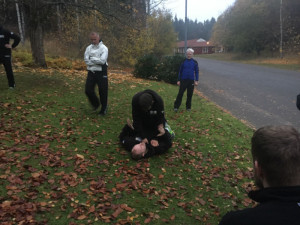 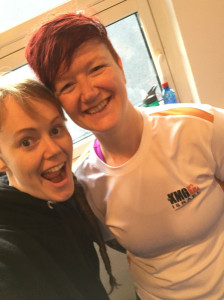 Got to catch up with Anna in Oslo! 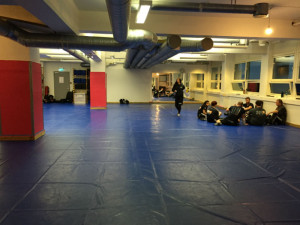 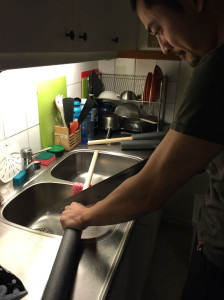 ”Iron pipes” in the making. 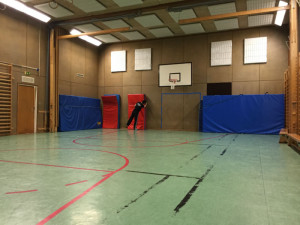 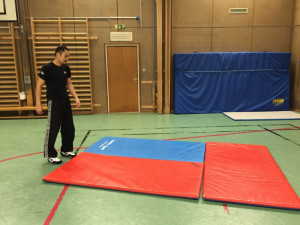 Evening practice – going on the ground. 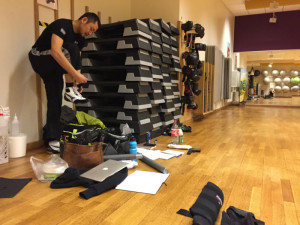 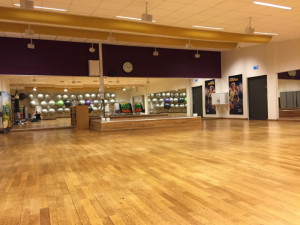 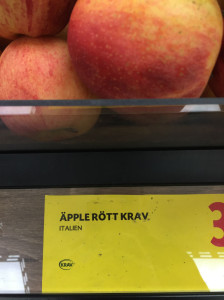 Even the apples are Krav! 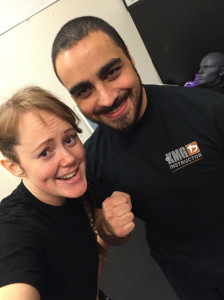 Me, Nima and the head. 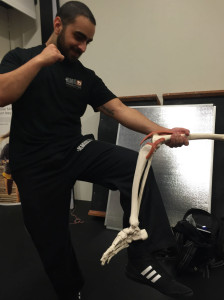 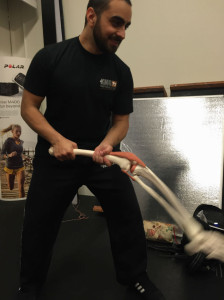 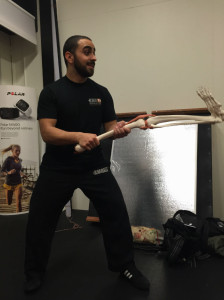 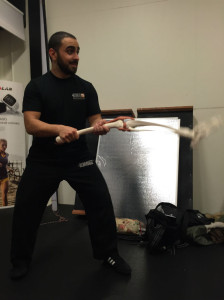 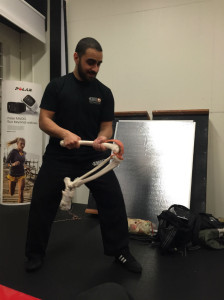 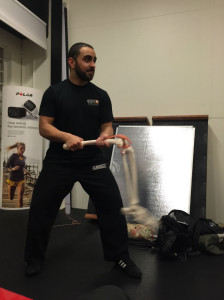 Yes Nima, it bends and kicks. It’s a leg. 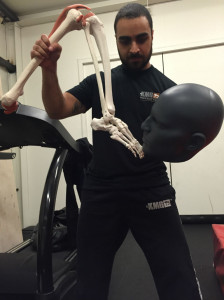 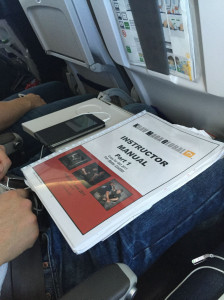 Some light reading on the plane. 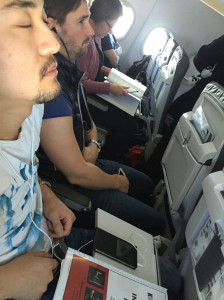 Or some light sleeping… 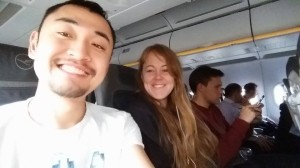 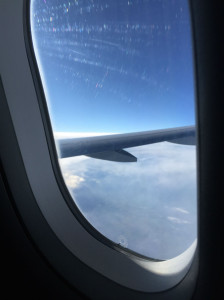 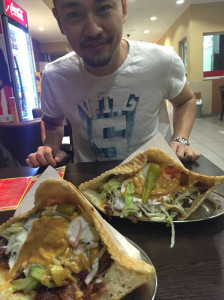 Krefeld – here we are!